I send “newslessays” (aka newsletter essays, with photos embedded) twice a month via Substack, and I’m working on adding more missives to the mix. Subscribe for free below, or see a preview at thecorestories.substack.com! 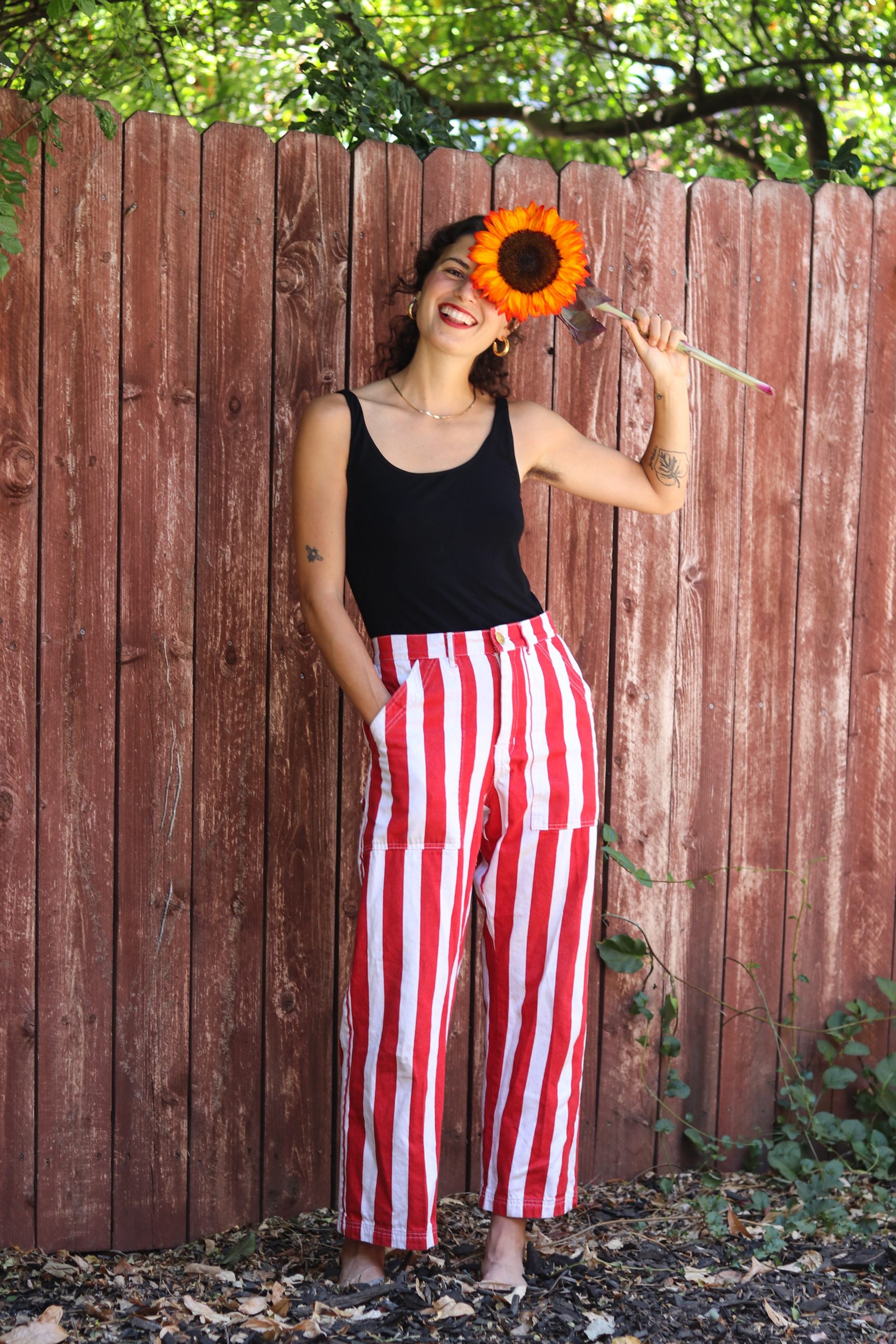 I'M LEAH (she/her), THE CREATOR OF THE CORE STORIES.

As a writer, photographer, and illustrator, I craft and share stories about growth and grounding, both personal and collective;

As a writing coach and astrological counselor, I work to help others articulate, shape, and share their own heart-rooted narratives;

And as an earth-friendly farmer, passionate runner, plant-based home cook, and person in a chronically ill body, I gather material, metaphors, and morals in the juicy mess of sweat and soil.

It’s a mouthful, but with one mission at the center: to advocate for deeper inquiry, integrity, equity, and liberation on individual, communal, and systemic scales.

Here's the stuff that goes on my resume....

MY WORK HAS APPEARED IN/ON:

...but here are some of my more personal narratives.

I’m a white, cis, queer woman. I’ve had type 1 diabetes since age 11. I’m a religious runner and a plant-based home cook with a particular passion for broccoli. (Yes, really.)

I’m a student of sustainability and social justice. My inner child is one part Harriet the Spy and one part Francie from A Tree Grows in Brooklyn. I’m a 1/4 Projector in Human Design and an Aquarius Sun and Moon with a Taurus Rising, to a tee.

I’m a big sister, raised by two psychotherapists with side passions for writing, painting, yoga, and mindfulness. I’m also the granddaughter of one entrepreneur, one journalist, one artist, and one fierce Italian cook.

MY BACKGROUND — THE LONGWINDED VERSION

In 2014, I was a wobbly new New Yorker, just recovered from an eating disorder, a platonic heartbreak, and the various fumbles of acclimating to adulthood after college graduation. I worked in fashion PR. I liked the perks (a lot of free shoe samples and the occasional catered meal), but hated the rest. After I volunteered to become my company’s one-woman marketing department — which meant conceptualizing, creating, and managing a blog, newsletter, and full spectrum of social media pages from scratch — I realized I could probably do that for other people, but at my own pace. I said an earnest thank you, and I quit.

In 2015, I interned for a fashion and lifestyle blog while building the foundations of a freelance career in writing, design, and marketing strategy. I spent every inch of my free time shooting photos of New York and sharing images of the city’s softer, subtler corners on Instagram. This eventually led to getting placed on the platform’s official Suggested Users List and gaining thousands of followers in a span of days. (Most turned out to be bots, but that’s another story.) I decided to take my voice more seriously. I created The Core Stories as my own small plot on the internet to plant a portfolio of creative work, and it soon became the catch-all for an expanding set of freelance skills. The name was a pun on the Big Apple, because New York was going to be home forever.

I left New York in 2016. My interest had shifted from fashion to food, and I had this strange, itching curiosity about farming — how does broccoli grow, anyway? — that demanded to be scratched. In September, I took my remote editing job and other freelance projects on the road to begin what would become a full year of traveling around North America as a WWOOF apprentice on more than 10 different organic farms, studying both the practical, procedural aspects of small-scale farming and its associated psychological and cultural implications.

By 2017, I was obsessed — with the mud, the mess, and the meaning of farming, and with playing a small but tangible role in fostering more honest, sustainable food systems. I started working as a social media and communications consultant for Masienda, the critically-acclaimed sourcers and purveyors of heirloom Mexican corn for chefs around the world. I helped launch their three-ingredient, non-GMO, nixtamalized corn tortilla line, and I developed a fanatic fascination for heirloom crops and Mexican farming practices in the process. So, when my one year of WWOOFing ended, I moved to Oaxaca, Mexico to study the local food system and culinary culture. I wrote and photographed a lot and studied Spanish, trial-by-error style. Every weekend, I went to the same outdoor cafe to devour a mushroom empanada with mole that dripped down my wrists as I pored over books on astrology, which was my newest curiosity.

After six months in Mexico, I returned to the U.S. in the spring of 2018 for my first full-time, full-season farm job on Long Island. In the fall, I moved to Santa Barbara to work at a farm-to-table restaurant, where I got to plant veggies and prepare them in the kitchen. (I also studied astrology under Dr. Jennifer Freed and freelanced as her right-hand woman on communications and design.) By 2019, I knew commercial farming and restaurant cooking weren’t for me, though I had to try. I quit, and I moved to Los Angeles, where I was ready — really, really ready this time, and with an ample portfolio to prove it — to make storytelling strategy my full-time job, instead of a side gig.

I designed digital event invitations, a bestselling book launch, editorial calendars, and more for clients in the ethical food, farming, and healing arts arenas. I flew to Peru to photograph Aula Artesana’s #tintesytextiles retreat. I volunteered for urban farm projects like Alma Backyard Farms, which supports formerly incarcerated folks with agricultural training and resources. I also began my Masters in Urban Sustainability and started offering some one-off astrology readings.

2020 was when I started to understand what I probably should have known all along: that I’m just as interested in conversation as I am in content creation. That my work is less to make and manage, and more to hold and heal (except when making is healing, of course). That astrology isn’t just a random hobby, but a tool that allows me to do what I’m always trying to do in my work: help us dig to the truer truths in the stories we tell ourselves and each other. To develop a set of coaching skills that facilitate this kind of interpersonal story-tending process, I enrolled in Joanna Lindenbaum’s Sacred Depths Coaching Certification Program, which I chose specifically because of Joanna’s emphasis on social justice within the coaching industry. I began studying the methods of Narrative Coaching as well.

In 2021, well, we all know how 2021 went. It was messy and a little bit wild. I made my way through by collaborating with some coaching colleagues to create what has since emerged as The Riff Space™. And I found my own hyper-specific home within the coaching field: the role of writing coach, which is so good and so juicy and so perfectly suited for my heart/brain/soul that I can still hardly believe it’s a real job.

I’m currently based on unceded Ramaytush Ohlone land, originally inhabited by the independent tribe known as Yelamu and otherwise known as San Francisco, California. These days, in addition to writing and snapping photos of my tree-stuffed neighborhood, I offer a mix of astrological counseling and writing coaching, because I want us all to tread self-made paths with rich twists and turns that are proof of our curious listening. I want us all to become who we already are.

Want to stay up to date as the story keeps changing?

Subscribe below to receive newslessays — a mix of practical updates and personal storytelling, intended to prompt plenty of “whew, me too” moments — in your inbox via Substack.